Discover the innovations and technology - works of industry and genius - behind our everyday wares at home that we take for granted. It is not only the final product that matters, the science and engineering behind the manufacturing process are critical to turning out the perfect home furnishing and accessory.

Making of the basin tap - Part 1

We don't beat around the Brush when it comes to the details! 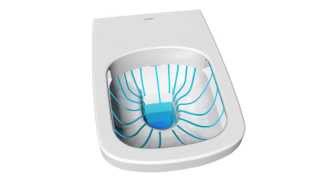 Toilets - a brief history on the flush

Why work with ceramics?